The numerous construction sites that have appeared on the streets of Montreal during the past four years have made the life of many local businesses difficult. Projet Montréal has repeatedly asked the outgoing administration to set up a compensation mechanism for businesses without success. Valérie Plante, Leader of Projet Montréal and aspiring Mayor of Montréal, is committed to taking action as soon as she enters office to help the merchants who are affected by the construction sites by offering them a tax credit. Hundreds of kilometers of streets, sidewalks, aqueducts and sewers are to be restored over the next few years. Valerie Plante believes it is essential to provide a new mechanism to compensate merchants affected by infrastructure works. This mechanism will be inspired by the one adopted by Brussels in 2016 and will offer a compensation proportional to the impact of the work and the reduction in traffic and income generated by them. 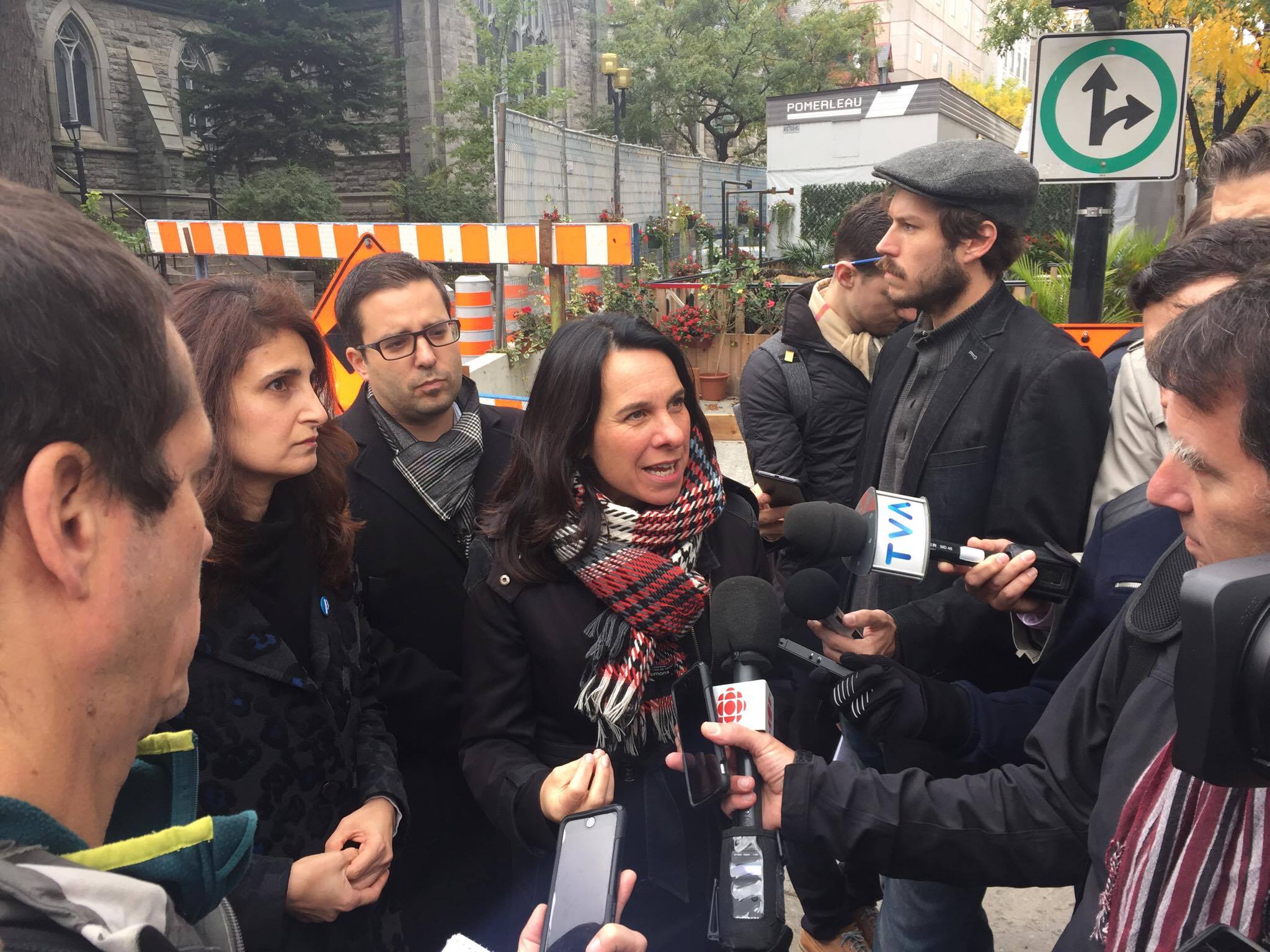 "Commercial arteries are the heart of Montreal's neighborhoods. It is unacceptable that businesses who are firmly anchored in their local neighbourhoods are forced to leave because of poorly planned and poorly managed construction work. In addition to implementing innovative mitigation measures, whether it be the construction site brigade or the dedicated team of inspectors, a Projet Montréal administration intends to tackle this problem head on, and intends to offer a tax credit to merchants affected by major works.” - Valérie Plante, Head of Projet Montréal and aspiring Mayor of Montréal

"The outgoing administration has chosen to leave businesses alone in the face of the financial difficulties that await them at the onset of major construction work. Efforts have been made in recent years to mitigate the impacts of construction sites on commercial arteries and to better inform businesses, however these efforts are not sufficient. Businesses have long demanded compensation for construction work  that are harmful to their business. Other cities have done it. Montreal must do it.” - Jabiz Sharifian, Candidate for District Councilor Peter-McGill